Innovation in Agriculture, Food and Forestry

Final declaration of the ERIAFF Conference

Letter of ERIAFF demanding OPEN BORDERS FOR PRODUCTOS AND WORKERS in the light of COVID-19 restrictions.

Position of ERIAFF in the Farm to Fork Strategy

The Network of European Regions for Innovation in Agriculture, Food and Forestry (ERIAFF) is an informal association of regional Authorities that was established in 2012 in Florence (Tuscany, Italy).

The Network is currently participated by 50 member Regions and 38 observers from 21 European countries.

ERIAFF allows its members to work on themes of common interest and has established a number of thematic working groups which are coordinated by the most committed members.

The participation to the Network and its Working Groups is free and based on a voluntary commitment.

ERIAFF accepts as member any Regional Authority (or a delegated Public organization) that commits to the objectives of the ERIAFF Joint Statement (2012) and Declaration (2013). Regional Authorities may also be accepted as observers.

The Coordination Committee is responsible for the general strategy of the network, the creation of new working groups, the organization of the Technical Meetings and the support to the Working Groups.

By signing a Letter of Intents, the following member Regions have committed to take part to the ERIAFF Coordination Committee: 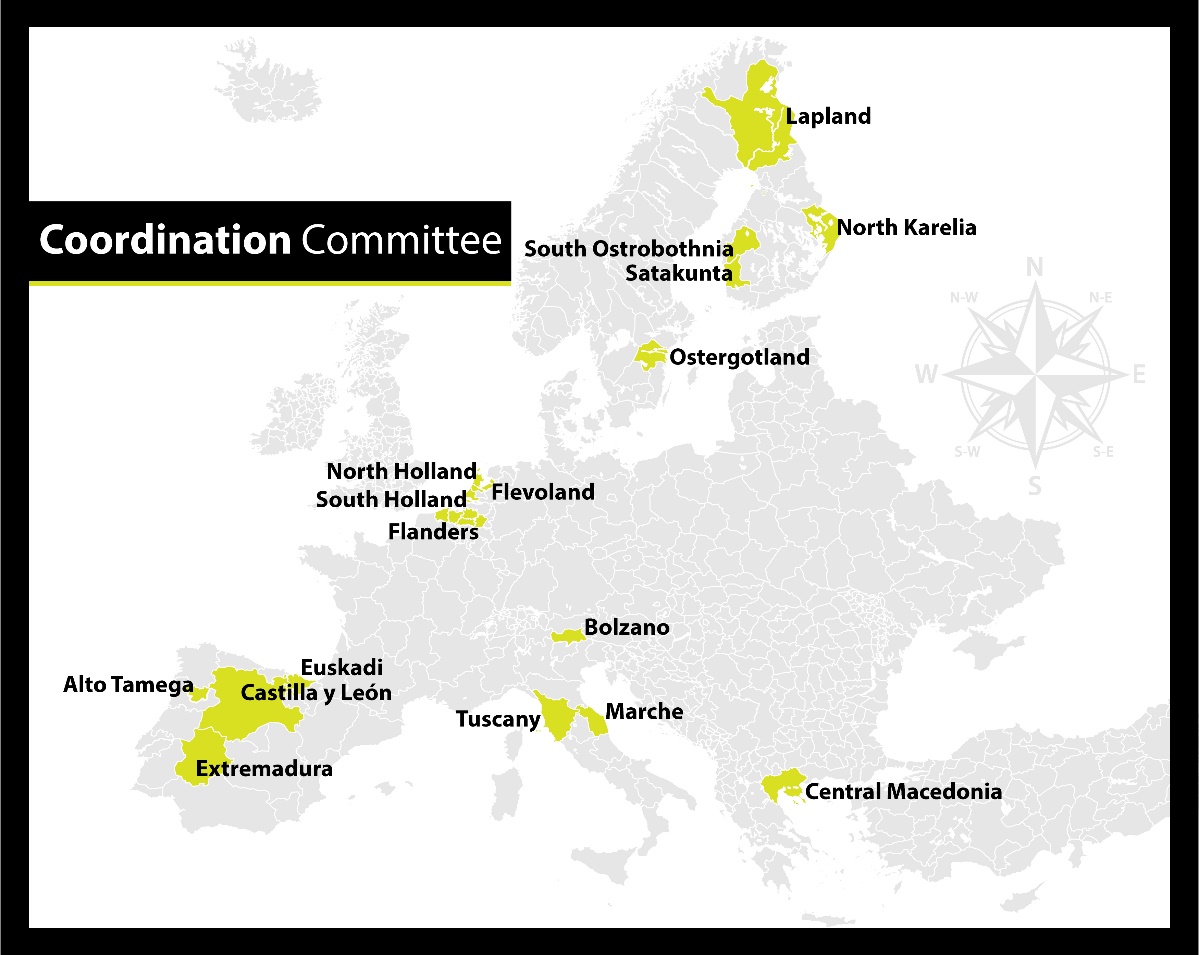 2⃣ weeks left for submitting your 📜for #EFUF2022 in Belgrade 🇷🇸 on "Adaptive Measures in #UrbanForests. We accept all types of non-commercial contributions.
More info and submission link: https://efuforg.wordpress.com/2022/01/17/call-for-abstract-efuf2022/

More on the conference: http://www.efuf.com.

Here are 5 drivers⬇️ via @FAO

#COP26 has reflected the realisation by countries of the vital role forests play in fighting against the adverse impacts of #climatechange. This article from @thehimalayan explains the importace of #Sustainableforestmanagement here. https://thehimalayantimes.com/opinion/sustainable-forest-managementway-to-mitigate-climate-change-effects

Ghent University, INAGRO and the Agricultural University of Athens are organising a virtual...

The project (which will be developed in the Soria province (Spain) during the next four years with an investment of 1.5 million euros) aims at improving the resilience of forests towards the challenges of climate change by including adaptive measures in public and private forest management plans.

AWARENESS, TRAINING AND ENFORCEMENT OF THE EUTR TOCLOSE THE GAPS ON ILLEGAL TIMBER TRADE

The LIFE Legal Wood project, whose main objective is to help companies adapt to the requirements of the European Timber Regulation (EUTR), has just launched a survey in different countries to compile the experience of all the agents involved in the implementation of the EUTR Regulation in those territories.

NGEUROPE PROJECT IS HOLDING ITS FINAL CONFERENCE ONLINE ON MAY 29TH

The NGEurope project is reaching its final stage. In the 32nd month of activities and during this extraordinary pandemic situation, partners adapted to diligently continue the project’s mission: support the third sector.